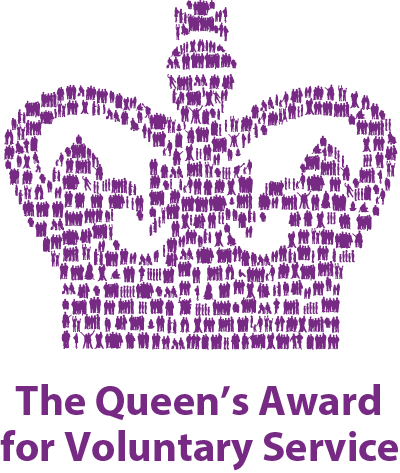 In 2016 a group of residents got together to bring about change to the area now known as Red House Ramble which sits between Red House Farm and Beaumont Park estates. The group was formed to help improve, develop & maintain the land running north/west & then west from the Red House Pub to Red House Drive.

The name of the group shall be the ‘Friends of Red House Ramble’.

The objects of group in relation to ‘Red House Ramble’ are:

a) To promote for the benefit of the public the conservation, protection and improvement of the physical and natural environment by promoting biological diversity of Red House Ramble.

b) To advance the education of the public in the conservation, protection and improvement of the physical and natural environment.

c) To provide or assist in the provision of facilities for educational, recreation or other leisure time occupation in the interest of social welfare by associating with statutory authorities, voluntary organisations and residents in a joint effort of improving the conditions of life for the said residents and the community.

Red House Ramble is the land and immediate surrounds running North West and then West from the Red House Farm Public House and Restaurant to Red House Drive, Whitley Bay.

To further the objects the Friends of Red House Ramble has the power to:

4.1 Form and dissolve committees and to make rules for the running of the group consistent with this constitution.

4.2 Recruit volunteers, enter into contracts and pay fees and expenses.

4.3 Work in partnership with other organisations.

4.4 Invest funds in any lawful way. Professional advice should be taken when necessary.

4.5 Raise funds by any lawful means except permanent trading.

4.6 Accept gifts either for the general purposes of the Friends of Red House Ramble or for a specific purpose within or connected with the objects.

4.7 Do anything else within the law which promotes or helps to promote the objects

5.1 Membership is open to any individual, household or organisation, as determined by the management committee, that agrees with the objects and pays the annual membership fee as determined at each Annual General Meeting (AGM). Each category has one vote.

5.2 The group shall be non-political and non-profit making.

5.3 The committee must keep an up to date list of the Members of the Friends of Red House Ramble.

5.4 A member may resign by written notice to the group.

5.5 If the committee considers that a member’s conduct is contrary to the objects of the group:

5.5.2 If after hearing the member’s case the committee decides that the member should leave the group, they may terminate the membership by written notice.

6.1 The group shall be managed by a committee of not less than four and not more than eight members. All committee members must be members of the group.

6.2 The committee shall include at least one elected member from each of the following streets – Ashbury, Haddington Road, Marwood Court, Melbury. Where a member representing any of these streets is not proposed, a member from any other street may be proposed for election.

6.4 The committee’s officers, who are elected members, shall include:

6.4.2 A secretary – elected at the AGM or co-opted by the committee at a committee meeting.

6.4.3 A treasurer – elected at the AGM or co-opted by the committee at a committee meeting.

6.4.4 Any other officers that the committee decides.

6.4.5 Officers shall hold the post for a period of one year and be eligible for election to the same or other posts subsequent to this period.

6.5 A committee member can only fill one position.

6.6 The committee shall meet a minimum of four times a year and must keep a formal record of all meetings.

6.7 The quorum for a management committee meeting is four members.

6.8 Each member has one vote and if the vote is tied, the chair has a second casting vote.

6.10 The committee has the power to co-opt up to three additional members on to the committee, in addition to elected members, to fill vacant places until the next annual general meeting. Each co-opted member has one vote.

6.11 No more than one member per household may be appointed to the management committee at any given time.

7.2 All members are entitled to attend and vote at the meeting, or appoint a member to act as their proxy.

7.3 The quorum for a meeting is five members or a tenth of the membership, whichever is the greater.

7.4 A formal record of a general meeting shall be kept.

7.5 The AGM shall be held in April each year or as soon as possible afterwards.

7.6.1 Receive nominations for the chair and other committee members.

7.6.2 Elect the chair and other committee members.

7.6.3 Receive a report of the year’s activities.

7.6.5 Set the annual membership fee and determine when fees are payable.

7.8 The committee can call a Special General Meeting (SGM) at any time. If five members request a SGM in writing, the secretary must call one within 28 days of receipt of the application.

8.1 All funds belonging to or raised for the Friends of Red House Ramble must be used in furthering the objects.

8.2 The treasurer shall keep an account of all income and expenditure and shall present examined accounts at the AGM.

8.5 Committee members may claim reasonable out-of-pocket expenses incurred in relation to activities of the group, on terms approved by the committee. No other payments can be made to members of the group.

9. Changes to the constitution

10.1 The friends of Red House Ramble can only be dissolved at a general meeting. The secretary must give 21 days’ notice of the meeting to all the members, along with details of the proposed dissolution. For the group to be dissolved over half of the members present at the meeting must agree.

10.2 If the members agree that the group should be dissolved, any assets remaining after the clearing of all debts and liabilities shall be given to a group with similar objects or if this cannot be done, to any charitable purpose.

Until the first annual general meeting takes place, this constitution shall take effect as if references in it to the management committee were references to the people whose signatures appear at the bottom of this document.

12. A copy of this constitution shall be available to all members.

Amendments to this constitution were approved at a general meeting of the Friends of Red House Ramble in 2022.